With years of experience, our tennis pros have a vast portfolio of instruction. The tennis staff are available to members as instructors in group classes, junior classes, tennis teams, and individual private lessons.

Steve comes to us with over 30 years of teaching experience, working with all levels, ranging from beginners to world ranked juniors.
Steve played college tennis at UC Davis as a member of the 1992 National Title Team. That same year he also won the doubles title and was a singles All American. Steve competed on the pro circuit where he achieved a 1994 world ranking in doubles.
Steve taught at Solano Athletic Club in Fairfield, the University Club of Palo Alto and taught the last 16 years at Mt.Tam Racquet Club in Larkspur. Steve has coached several league champion juniors and adult tennis teams.
Steve is a skilled and knowledgeable pro. Steve’s patience and thoughtful attention to detail helps his athletes progress as players and develop their love for the game of tennis. 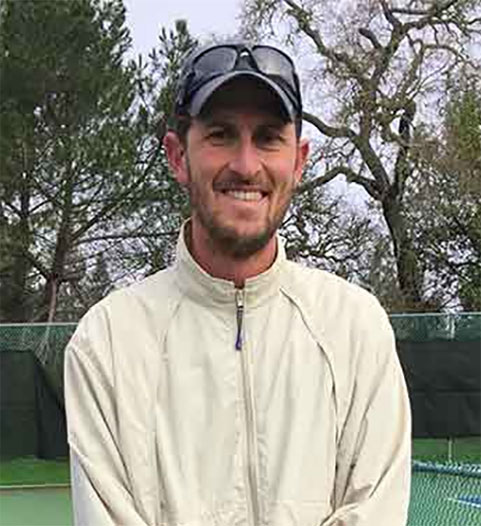 Originally from Sacramento, Stewart has been a tennis instructor for 12 years having taught at Shadow Mountain and Marin Country Club. Stewart played and coached at Santa Rosa Junior College where he won the 2008 ITA Arthur Ashe Sportsmanship Award along with being awarded 2013 Assistant Coach of the Year. With a focus on USPTA cardio clinics and junior player development, Stewart teaches with enthusiasm for the game.